The Girl With Two Souls 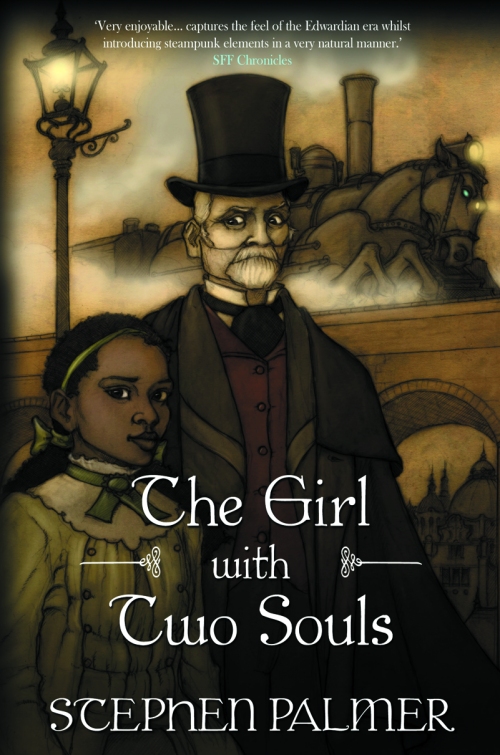 Kora Blackmore, thrown into Bedlam mental hospital by her father – Britain’s leading industrialist Sir Tantalus Blackmore – is one day visited by a mysterious gentleman, who gains her trust then makes off with her to his family home in Sheffield. But Kora is afflicted with a bizarre condition, that the hospital believes is a second soul – the girl Roka – somehow living inside her.

Roka however is much more intractable than Kora, and far less obliging. Soon she is caught up in street politics, disorder and protest – and all without Kora’s knowledge.

With the agents of Sir Tantalus closing in, Kora and Roka must survive in their new circumstances and with their friends uncover the sequence of events leading to the incarceration; for although Kora is an illegitimate nobody, it seems her upbringing was devised to meet an enigmatic and ghastly end…

‘… I am no longer a fantasy reader and am not a great fan of alternate history or YA so it was really something of a pleasant surprise that I found the book really very enjoyable… The Girl with Two Souls captures the feel of the Edwardian era whilst also introducing the fantasy and steampunk elements in a very natural manner.’ [SFF Chronicles]

‘… steampunk, automata, a girl with two souls? Intriguing and interesting! And the book does not disappoint… The story sweeps along; while the focus is on Kora and Roka, there are glimpses of the rest of society and the Empire outside the city. I would highly recommend this to any steampunk lovers or anyone after a character-focused YA adventure.’ [SFF World]

‘This slickly written first volume of the trilogy paints a fantastic alternative Edwardian society with an almost cinematic story quality that pulls the reader into the curious and deftly created world and is thoroughly engrossing from start to finish. I think the best compliment I can give is that immediately upon finishing volume one, I bought volume two. Highly recommended.’ [amazon]

‘I can’t wait to read the next part which is a good sign. A wonderful tour de force of a book…’ [amazon]

‘A new book by Stephen Palmer is always an exciting event for me, as he is one of the most inventive and imaginative fantasy writers I know of…’ [Teresa Edgerton at Goodreads]

‘Overall the plot is unpredictable, engaging, challenging and will make you think… Although the main characters are in their teens, I don’t think this is a YA novel particularly. I like that about it. The assumption that we only want to read about characters who are of an age with us needs challenging. Younger folk could read it, but it has clearly been written with adults readers in mind. It’s a fascinating book(s) and I very much enjoyed it.’ [Nimue Brown steampunk blog]

‘I found the entire trilogy to be riveting and found myself absorbed in the seesawing development of Kora and Roka’s fate. Palmer’s themes are provocative and intense, yet it all occurs within an almost non-stop action and suspense context, full of colorful characters, both good, evil and somewhere in between. The end result is both a good fun yarn, and a food-for-thought indictment of religion, capitalism, and, by extension, the environment that Palmer has written so extensively about.’ [Jerry Kranitz at amazon.com]

‘As the first in a series this novel is pretty special. So often authors try so hard to cram as much story and world building in as possible in to a fresh, new novel that the message is so often lost. Stephen Palmer has taken meticulous care with his cast of characters and I could really tell that hours of love and thought had gone in to everyone of them. I am giving this 4 stars rather than 5 due to the pacing issues but other than that it was a thoroughly enjoyable and interesting read.’ [Goodreads]

‘Overall, I had a good time reading The Girl Will Two Souls. It’s a fun read if you enjoy clockpunk aesthetic, with a plot that’s rarely predictable and isn’t afraid to get political. I look forward to reading the sequels and I hope the resolution, when it comes, satisfies my curiosity.’ [Katie Gray, Shoreline of Infinity]

‘As a whole, this is a strong story with enough intrigue to want me to continue with Book 2.’ [Jennie Rosenblum at Jenniereads]

‘… I could never second guess what was going to happen next, and I really like that in a book. I can see that a great deal of work went into these books.’ [SFF Chronicles] 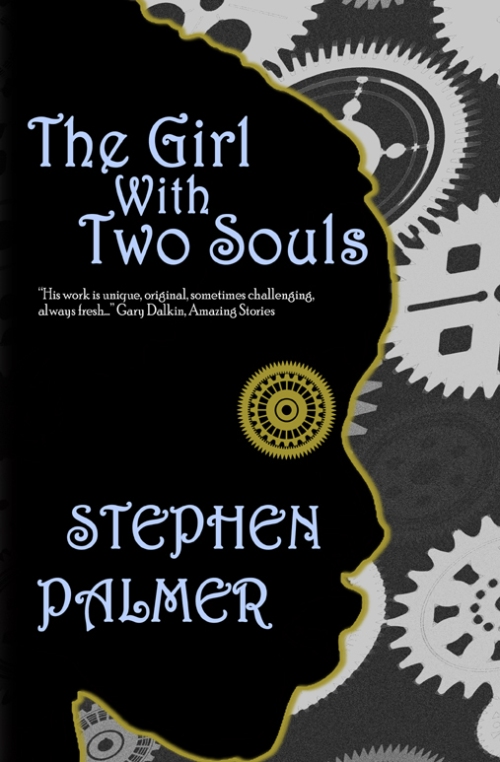