Escape To The Shire

Many people, myself included, find themselves increasingly repulsed by the modern world. This could in my case be a consequence of age – I’m in my fifties – but I think it’s true of many younger people also. When I see unchecked pollution, the razing of nature to make space for livestock to feed thoughtless consumers, the destruction of pristine environment for no humane reason, and the overall attitude that this planet belongs to human beings and is theirs to do what they like with regardless of the implications – a message reinforced in the West by its main religion – I feel revolted. I visualise too many fellow human beings as thoughtless devourers, uncaring, lacking even the most basic understanding of the consequences of their actions. Having said that, corporations are the main problem – with modern corporations humanity has written itself a story so dangerous it could ruin the planet. Corporations mesmerise too many.

As regular readers of this blog will know, one of my summer rituals is to listen to the 1981 BBC adaption of The Lord Of The Rings, and often to read The Hobbit and The Fellowship Of The Ring, or to listen to Rob Inglis’ excellent narration of the novel (something I’m doing at the moment). Last night I found myself wondering why I do this, and whether the qualities of the two aforementioned books have a specific meaning for me.

I think they do. Tolkien was a lover of all things natural. He loved his West Midlands countryside, and, as is well known, the Shire is a fictional version of those fields, meadows and hills which he personally knew. Most Tolkien fans will say that nature – the land, the country, the weather, the geography of Middle Earth – is its foundation. Tolkien’s love of nature shines through his tales. Middle Earth, from dell and stream to mountain and ocean, is the heart of his creation as a whole. The Ents, to take just one example, symbolically stand for his love of trees.

So I think many people find themselves soothed by the lack of industry and vast open spaces of Middle Earth. Those people, like myself, appalled and disgusted by what humanity is doing to the planet, perhaps find themselves soothed by the bucolic, pre-Industrial qualities of The Fellowship Of The Ring. It’s the early chapters of that book – everything up to the arrival at Rivendell – which I find myself returning to time after time, especially the third chapter ‘Three Is Company.’ I don’t do this to reacquaint myself with the story, I do it to re-experience the soothing qualities of meadows walked at night under a sky of stars: unpolluted meadows, crossed beneath a sky unspoiled by sodium light pollution…

Many psychologists observe that human beings have a deep, intrinsic need for nature. It’s hardwired into us. Some cultures know this – I’m thinking of the Japanese art of forest-bathing. I think Tolkien knew this too, which gives deeper significance to the part at the end of the novel where Sandyman’s proto-Industrial Revolution is underway. I think this section, integral to the whole work from the beginning of its writing as Tolkien himself said, expresses Tolkien’s disgust at the pollution of the land and the ruination of nature. His sensitivity was shaken by such destruction, if not shocked by it. Though the section serves to deal with Saruman and Wormtongue, that is only the narrative aspect. The deeper aspect is the Mill and its black effluent.

I will continue to use Tolkien’s work to soothe myself at those times in which I need soothing – to escape to the Shire. His love of nature chimes with my own; and through it, I see the deeper qualities of his extraordinary creative achievement. 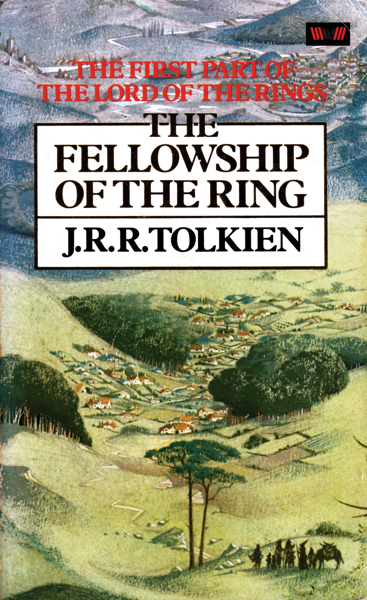