The Hare With The Amber Eyes

The Hare With The Amber Eyes by Edmund de Waal

In 2010 the British ceramicist Edmund de Waal told the story of his family, the Ephrussi, once a wealthy and well-connected banking dynasty. His memoir is based in Odessa, Vienna and in Paris, three cities providing the landscape for this fascinating and lyrically written work. But the Ephrussi family are Jewish, and they lost almost everything in 1938 when the Nazis arrived; and these are the most tragic parts of the memoir.

But not everything was lost in those times. The titular hare is a Japanese netsuke, tiny and hidden with 263 other similar objects inside a mattress by Anna, one of the maids at Palais Ephrussi. That collection was passed down through five generations of the Ephrussi family, ending with Edmund de Waal and providing a thread for the memoir.

It’s a fantastic read: compulsive, poetic, sad, with a sense of location that would be hard to beat. The sense of history and of place is palpable, partly through the use of detail, partly through the lyrical prose, which seems to me as if it was spoken before it was set down. 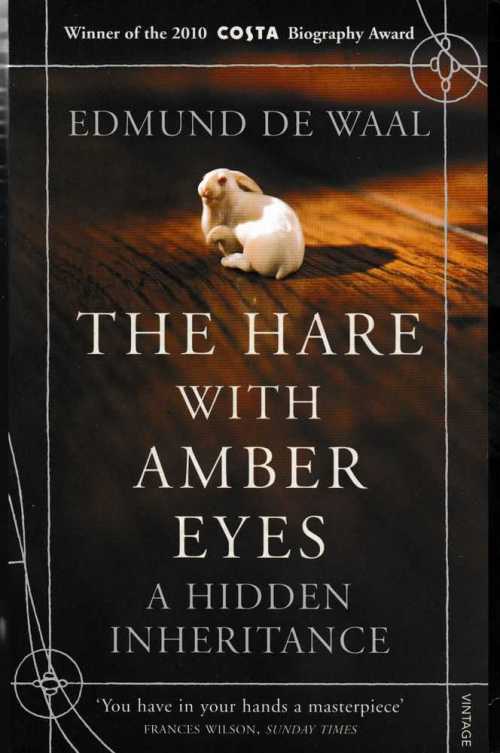