When pondering who I could ask to debut my new blog category Non/Fiction, pretty much the first name who came to mind was slipstream short story author Andrew Hook. I’ve met Andrew a couple of times at events, but we’d bonded long ago over our love of The Stranglers. Andrew was kind enough to publish my Black & White-based story Blanknoir in his anthology punkPunk! which he edited.

The author of over a hundred and fifty published short stories, three novellas, three novels and five collections, Andrew is also known for crime writing, for Elastic Press, and is co-editor at Salo Press with his partner Sophie Essex. I felt this fellow surrealist would be the perfect person to begin Non/Fiction, in which guest authors write about one fiction and one non-fiction book…

I’m grateful for Stephen asking me to debut on his Non/Fiction category. Before I reveal my choices it’s probably worth mentioning that whilst I’ve always favoured fiction I’ve found that age and memory have increasingly blurred the distinction between fact and fantasy to the extent that it’s hard to tell one from the other, and the books I’ve chosen – in some ways – represent this.

This madcap novel about immortality, perfume and beets played a pivotal role in determining my life’s outlook which has bled into my fiction. I became aware of this novel whilst on a sixteen month Australasian trip in the early ’90s, having picked it up in a backpacker hostel without a cover. Knowing nothing about it I read the first line –

The beet is the most intense of vegetables

“Jitterbug Perfume” is about the emergence of the individual, the ache for immortality, a refusal to conform to societal constraints. In some respects it might be considered a fantasy novel, in others a life guide. Having always felt cheated by the prospect of death, immortality has been a constant fascination for me, and the novel taps into that desire in a life-affirming journey involving perfumers, a genius waitress, a once king, and Pan. It is also a love story – the highest function of love is that it makes the loved one a unique and irreplaceable being – told with an almost surfeit of metaphor so that every line knows it is too clever by half.

It also contains one of my favourite quotes:

Our individuality is all, all, that we have. There are those who barter it for security, those who repress it for what they believe is the betterment of the whole society, but blessed in the twinkle of the morning star is the one who nurtures it and rides it in, in grace and love and wit, from peculiar station to peculiar station along life’s bittersweet route.

The style and themes of my first published novel, “Moon Beaver”, were heavily influenced by Robbins’ work, as has an optimism which infuses my life. Whilst my writing style is less ostentatiously playful, a love of words and their capabilities still permeates. Finally, after recently reading Tom Robbins’ autobiography, “Tibetan Peach Pie”, I took up an invitation to write to him and received a personal reply. Robbins is one of the good guys, and coincidentally I began re-reading this book for the fourth time shortly before the invitation to blog. Robbins would appreciate the serendipity.

I was introduced to Luis Buñuel through a BBC retrospective of his films following his death in 1983 when I was fifteen. I considered myself a punk at a young age – four years earlier – which struck a chord not only due to the music itself but with the idea that it was somehow forbidden and dangerous. I was never actually a dangerous child, but the sense of something fresh and exciting and potentially shocking appealed. Surrealism is – I believe – closely associated with the punk sensibility. And in Buñuel I found further identification.

As a writer there are themes which permeate all my work: immortality, identity, reality and memory. Buñuel’s movies tread similar paths: immortality through the examination of religion, identity through class distinctions, reality via the gauze of surreality, memory as a process of forgetting:

You have to begin to lose your memory, if only in bits and pieces, to realize that memory is what makes our lives. Life without memory is no life at all… Our memory is our coherence, our reason, our feeling, even our action. Without it we are nothing.

“My Last Breath” is a playful and insightful autobiography. Picking it up again to write this blog I found it almost impossible to quote because almost every paragraph is quotable. From childhood stimulation to insights with the surrealists to comments on his movies, practical jokes, death, Buñuel paints a wry – and often irreverent – account of an unconventional life. And it is clear that even within the surrealists he was an outsider: something I have always felt, even amongst friends. Another reason for identification.

Whilst my own fiction has edged surrealism, my fascination with Buñuel did conspire to my writing the following work of non-fiction published by RoosterVision last year: “Buñuel’s The Exterminating Angel: a personal analysis”. “My Last Breath” would have been instrumental in cultivating this obsession.

Finally, if there is a message to be considered from both “Jitterbug Perfume” and “My Last Breath” then I would summarise it as don’t take life too seriously whilst taking it seriously. And this is why they number amongst my favourite books. 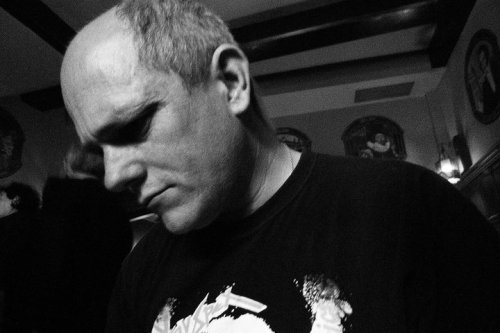